Starting tonight, all travellers returning to Canada by air from abroad must produce evidence of a negative COVID-19 test before boarding their flights.

As of midnight, every traveller over the age of five must show a negative test result from a polymerase chain reaction (PCR) or a reverse transcription loop-mediated isothermal amplification (RT-LAMP) test administered in the 72 hours before their flight’s departure. Some temporary exemptions have been introduced for travellers from St. Pierre and Miquelon and Haiti.

The test must be conducted before boarding the plane, in the flight’s country of origin. Other types of tests — such as rapid antigen tests — will not be accepted. The government has directed airlines to turn away travellers who do not present a test result at the time of boarding.

To account for PCR testing limitations in some countries, travellers departing from the Caribbean or South America can use tests conducted within 96 hours of departure (instead of 72 hours) until Jan. 14.

The testing requirement is in addition to the existing mandatory 14-day quarantine period for returning travellers. The travel restrictions on most foreign nationals also remain in place.

Upon arrival in Canada, all travellers will be questioned by Canada Border Services Agency (CBSA) officers about their quarantine plans. The government said today CBSA officers will now apply “greater scrutiny” to these plans to improve compliance.

Border officers will also screen for sick passengers and refer those who appear to be ill to Public Health Agency of Canada officials for further assessment.

For now, travellers will not be required to get a molecular PCR test from certain companies or laboratories, but Transport Minister Marc Garneau said today the government may eventually limit the range of tests it accepts.

Garneau acknowledged that testing requirements will lead to “inconvenience” and “frustration” for some travellers but said it’s necessary to prevent further importation of the virus from other countries. 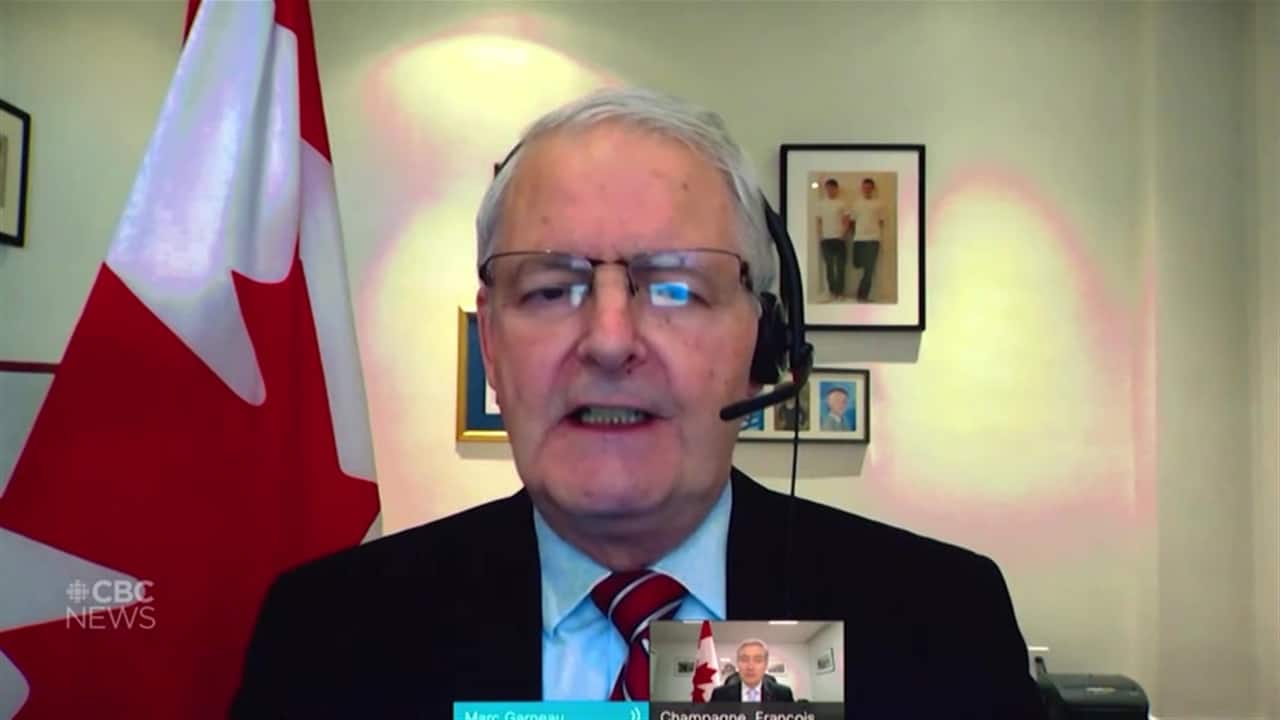 Transport Minister Marc Garneau, along with other ministers, announced that all travellers must show a negative PCR test before boarding a plane heading for Canada. 1:10

Hajdu said the government knows it may be difficult for some returning Canadians to get a test within that 72-hour window.

A spokesperson for WestJet, the country’s second largest air carrier, slammed the new directive, saying it will create a “chaotic situation” for its passengers.

The airline said it had urged the government to set up some sort of regime that would allow passengers to be tested in Canada rather than at points abroad before departure.

“This latest announcement by the federal government is specifically the type of chaotic situation WestJet has been seeking to avoid. It’s why we, as an industry, have continued to advocate for a coordinated testing regime on Canadian soil to mitigate COVID-19 and increase the confidence of travellers,” a spokesperson for the airline said in a statement to CBC News.

“We have worked tirelessly to develop and implement a myriad of health and safety protocols and continue to lead and advocate for rational, science-based testing frameworks regulated within our own borders.”

The temporary ban on flights from the United Kingdom will end tonight now that this new testing regime is in place, Garneau confirmed.

In response to news of a more contagious strain of COVID-19 in that country, the federal government restricted all flights from the U.K. last month. That ban will end now that this new mandatory testing regime is in place for all travellers entering from all countries.