Foreign Affairs Minister Francois-Philippe Champagne said he does not believe Iran’s destruction of Flight PS752 can be blamed on human error.

In an exclusive interview with CBC News Network’s Power & Politics on Tuesday, Champagne was asked if he accepts Iran’s explanation for the crash. The minister said he did not — but refused to say where he believes the blame should be laid.

“Well, we’ll let the process unfold,” he told Host Vassy Kapelos. “What I say is that we saw missiles being fired at the airline, and that, for me, raised all sorts of questions.”

Champagne also said he’s concerned about the quality of information about the crash probe being released by the regime in Tehran. Iran’s Revolutionary Guard Corps (IRGC) shot down the Ukraine International Airlines plane on Jan. 8 with surface-to-air missiles shortly after it took off in Tehran — killing all 176 people onboard, including 138 people with ties to Canada.

“I will question everything they say because I take nothing at face value,” Champagne said. “I have questions, because there’s too many examples that we’ve seen where … they have not been forthcoming.”

Champagne said the task of getting to the bottom of what happened has been difficult, since Canada lacks access to witnesses, evidence and suspects. He said he would continue to press Iran for answers.

Watch: Champagne doesn’t believe Iran’s claim that Flight PS752 was shot down due to human error:

The minister’s comments came on the day Prime Minister Justin Trudeau’s special adviser on the destruction of Flight PS752, Ralph Goodale, released a report. In it, the former federal cabinet minister said that Iran should not be left in charge of the investigation since it was the actions of the Iranian military that caused the crash.

“The party responsible for the situation is investigating itself, largely in secret,” Goodale wrote in the report. “That does not inspire confidence or trust.”

“In the circumstances of this case, as known thus far, there are indications of incompetence, recklessness and wanton disregard for innocent human life.”

Kovrig and Spavor were detained in China on Dec. 10, 2018 — nine days after Meng Wanzhou, the chief financial officer of Huawei Technologies, was arrested while changing planes in Vancouver.

Meng was detained on a U.S. extradition request over allegations she lied to a Hong Kong banker in August 2013 about Huawei’s control of a subsidiary accused of violating U.S. sanctions against Iran.

The arrests of Kovrig and Spavor are widely seen as retaliation for Meng’s detention. Both men are now facing charges of spying for Canada.

Christopher Coons, a Democratic senator from Delaware and member of the U.S. Foreign Relations Committee, told Power & Politics last week that he thought Canada should impose sanctions on China as a retaliatory measure for the detentions of Kovrig and Spavor.

“I would say my view on sanctions is that they have maximum impact when you go with a core group of countries,” Champagne said Tuesday, noting that Canada has imposed sanctions against Belarus and Russia in concert with other countries.

Champagne also addressed criticism his department received from the opposition after a report in the Globe and Mail revealed that Global Affairs officials pushed back against a decision by Gen. Jonathan Vance, chief of the defence staff, to cancel exercises with the Chinese military in early 2019.

Officials at Global Affairs were reportedly worried that the decision to cancel the exercises with the Chinese armed forces would be viewed as retaliation for the arrest of Kovrig and Spavor, further complicating diplomatic efforts to bring the two men home. 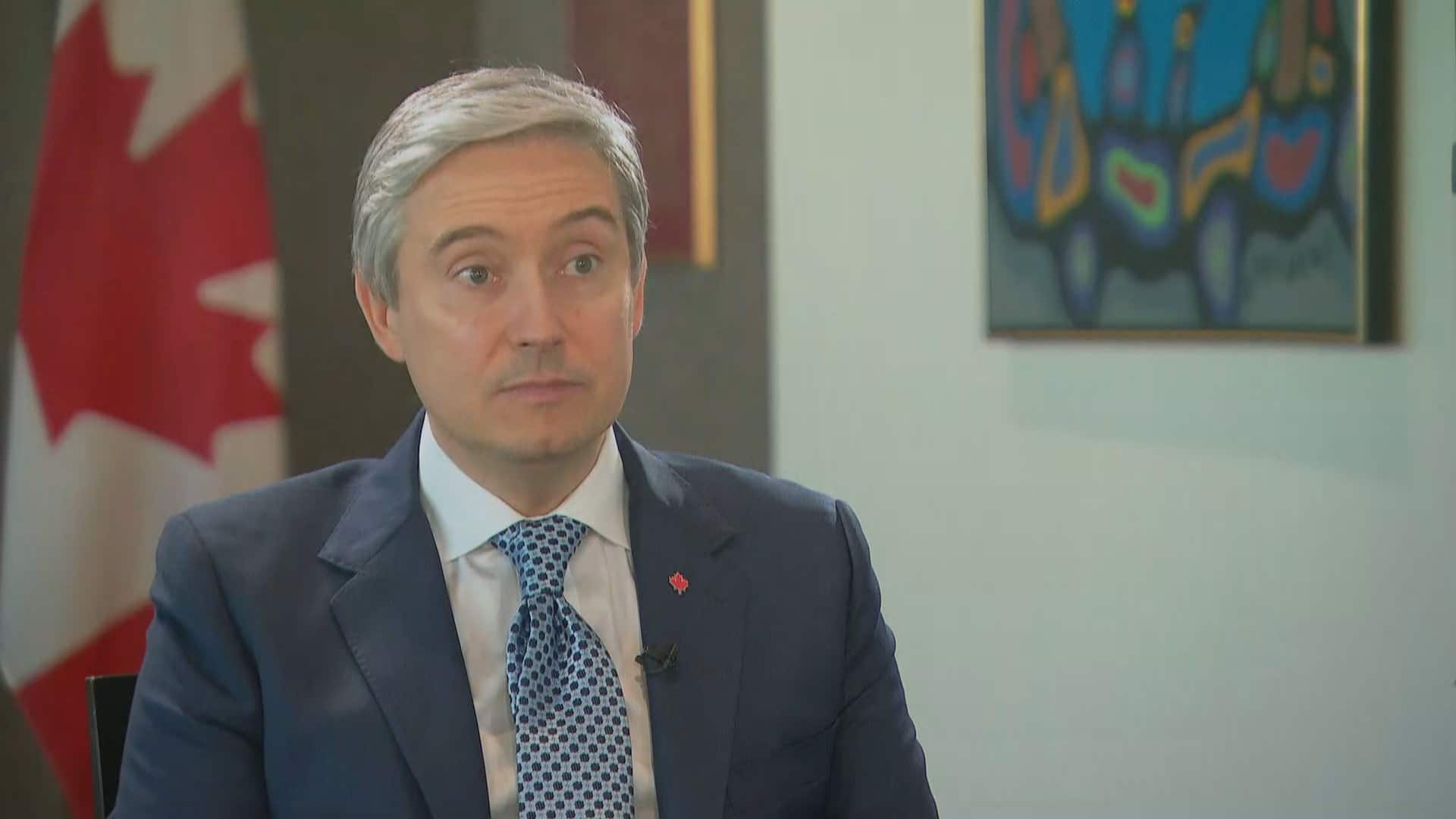 Minister of Foreign Affairs François-Philippe Champagne sits down with Vassy Kapelos to discuss the investigation into the downing of Flight PS752 and Canada’s current approach to dealing with China. 25:47