The final step in the electoral college process in the U.S. presidential election requires the electors’ votes to be tabulated and confirmed in Congress.

This tabulation, which the vice-president presides over, is usually a formality as the results are typically known shortly after the November election.

But the 2020 election, in which Democrat Joe Biden defeated incumbent Donald Trump, has been beset by baseless allegations of voter fraud — primarily from Trump and his allies. Wednesday’s count looms as a final opportunity to further these claims and slow down the confirmation process, but overturning the results is all but impossible.

Here is what you need to know about the last step in the presidential election before Biden’s Jan. 20 inauguration.

What happens on Wednesday?

Members of the electoral college voted on Dec. 14, based on the results of the popular vote in their respective states and the District of Columbia. Those results confirmed a 306-232 victory for Biden, who also won the popular vote by more than seven million.

Under federal law, Congress must meet Jan. 6 to open sealed certificates from each state that contain a record of their electoral votes. The votes are brought into the chamber in special mahogany boxes used for the occasion.

Beginning at 1 p.m. ET, representatives of both parties from the House of Representatives and Senate read the results out loud and do an official count. Vice-president Mike Pence, as president of the Senate, is expected to preside over the session; if the vice-president cannot be there, there is precedent for the Senate pro-tempore, or the longest-serving senator in the majority party, to lead the session. That’s currently Iowa Sen. Chuck Grassley.

The presiding officer opens and presents the certificates of the electoral votes in alphabetical order of the states. The appointed “tellers” from the House and Senate, members of both parties, then read each certificate out loud and record the votes.

At the end, the presiding officer announces who has won the majority of votes for both president and vice-president. In 2017, it fell to Biden to intone, “It is over” after votes were tallied for Trump and Pence.

What is the vice-president’s role?

Seated on the House of Representatives’ rostrum, Pence will bear witness to the formalization of Trump’s — and his own — election defeat to Biden and Kamala Harris.

But Pence is under intense pressure from the president and legions of supporters who want the vice-president to overturn the will of the voters in a handful of critical battleground states.

Despite claims by Trump and his allies, there was not widespread fraud in the election. This has been confirmed by a range of judges, election officials and by William Barr, who stepped down as attorney general last month. Neither Trump nor any of the lawmakers promising to object to the count have presented credible evidence that would change the outcome.

Can the vice-president change the outcome?

No. The vice-president’s role is ceremonial and does not give him the power to affect the outcome.

Pence plans to make clear in his statements that he backs the president but will stick to the constraints of his role, a former White House official with regular contact with Pence’s team told Reuters.

“He will be very supportive of the president, but again he’ll stick to the Constitution,” the former adviser said. “It is a ceremonial role. It is opening up envelopes and reading the contents of it,” he said. “That’s it.”

Pence’s chief of staff, Marc Short, told Reuters on Monday that the vice-president “will uphold the Constitution and follow the statutory law.”

Although Trump tweeted Tuesday that Pence “has the power to reject fraudulently chosen electors,” the U.S. Constitution does not grant the vice-president any such power — it is up to the House and Senate to voice objections. As well, states’ electors were chosen in accordance with state law, not fraudulently.

Pence has nonetheless spent hours huddling with the president, staff and the Senate parliamentarian ahead of Wednesday’s proceedings.

In fulfilling one of the few formal responsibilities of the vice-presidency, Pence also risks compromising his own political future. Pence is eyeing his own run for the White House in 2024, and is banking on his years of loyalty to Trump — likely to be the Republicans’ top kingmaker for years to come — to help him stand out in what is expected to be a crowded field.

Can the process be challenged?

After a teller reads the certificate from a state, any member can stand up and object to that state’s vote on any grounds. But the presiding officer will not hear the objection unless it is in writing and signed by both a member of the House and a member of the Senate.

If there is such a request, then the joint session suspends and the House and Senate go into separate sessions to consider it for up to two hours. For the objection to be sustained, both chambers must agree to it by a simple majority vote. If they do not both agree, the original electoral votes are counted with no changes. This process repeats each time there is an objection.

The last time such an objection was considered was 2005, when Rep. Stephanie Tubbs Jones of Ohio and Sen. Barbara Boxer of California, both Democrats, objected to Ohio’s electoral votes, claiming there were voting irregularities. Both the House and Senate debated the objection and easily rejected it. It was only the second time such a vote had occurred.

Who is expected to object?

More than 100 House Republicans and a dozen Senate Republicans have said they will challenge the electoral votes of at least one of the battleground states on Wednesday.

House Republican lawmakers are signing on to objections to the electoral votes in six states — Arizona, Georgia, Nevada, Michigan, Pennsylvania and Wisconsin. 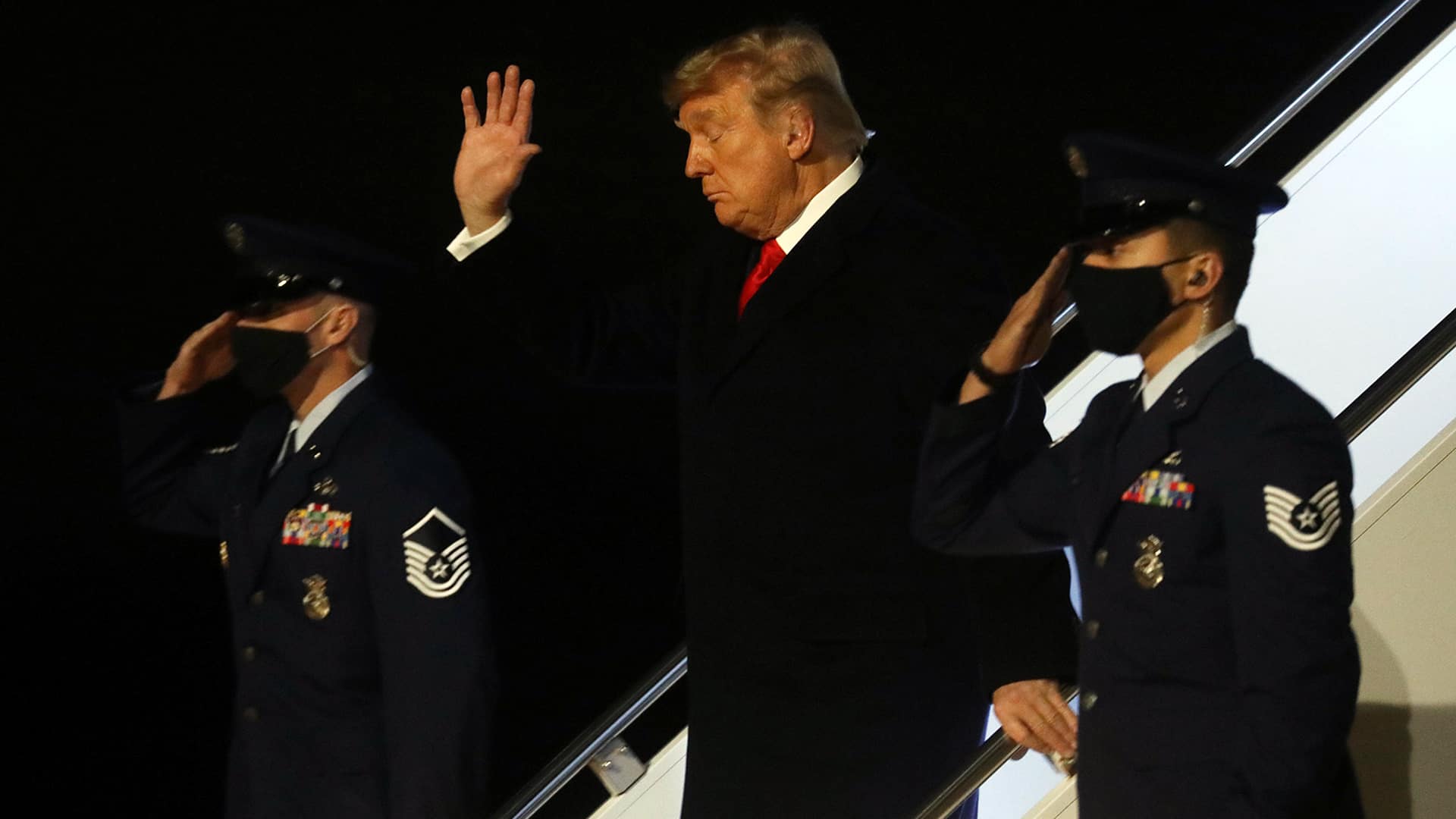 Democrats and Republicans are both expressing outrage about U.S. President Donald Trump’s weekend phone call to Georgia’s secretary of state, pressuring him to “find” thousands of votes in his favour to overturn the state’s results in the presidential election. It all comes ahead of state run-off votes for Senate seats. 2:47

But those leading the longshot effort in Congress are still deciding the details of their strategy. A late-night meeting convened by Texas Sen. Ted Cruz on Monday reached few conclusions, according to two Republicans familiar with the situation and granted anonymity to discuss it. Cruz will object to electoral results from Arizona, another Republican said. That’s likely to be the first objection considered, in a state Biden won.

Missouri Sen. Josh Hawley has said he will object to the election results from Pennsylvania, almost ensuring a debate over that state. But it’s unclear if any of the other senators will object to any other states.

The joint session is the last official chance for objections, beyond court cases that have so far proven ineffective for Trump and his team. “I think there comes a time when you have to realize that despite your best efforts you’ve been unsuccessful,” Texas Sen. John Cornyn, one of the Republicans who has criticized the efforts of others in the party, said last month.

Is there Republican opposition to these efforts?

Senate Majority Leader Mitch McConnell has tried to prevent his party from engaging in this battle, which could help define the Republicans in the post-Trump era. Both Hawley and Cruz are potential 2024 presidential contenders, vying for Trump’s base of supporters. 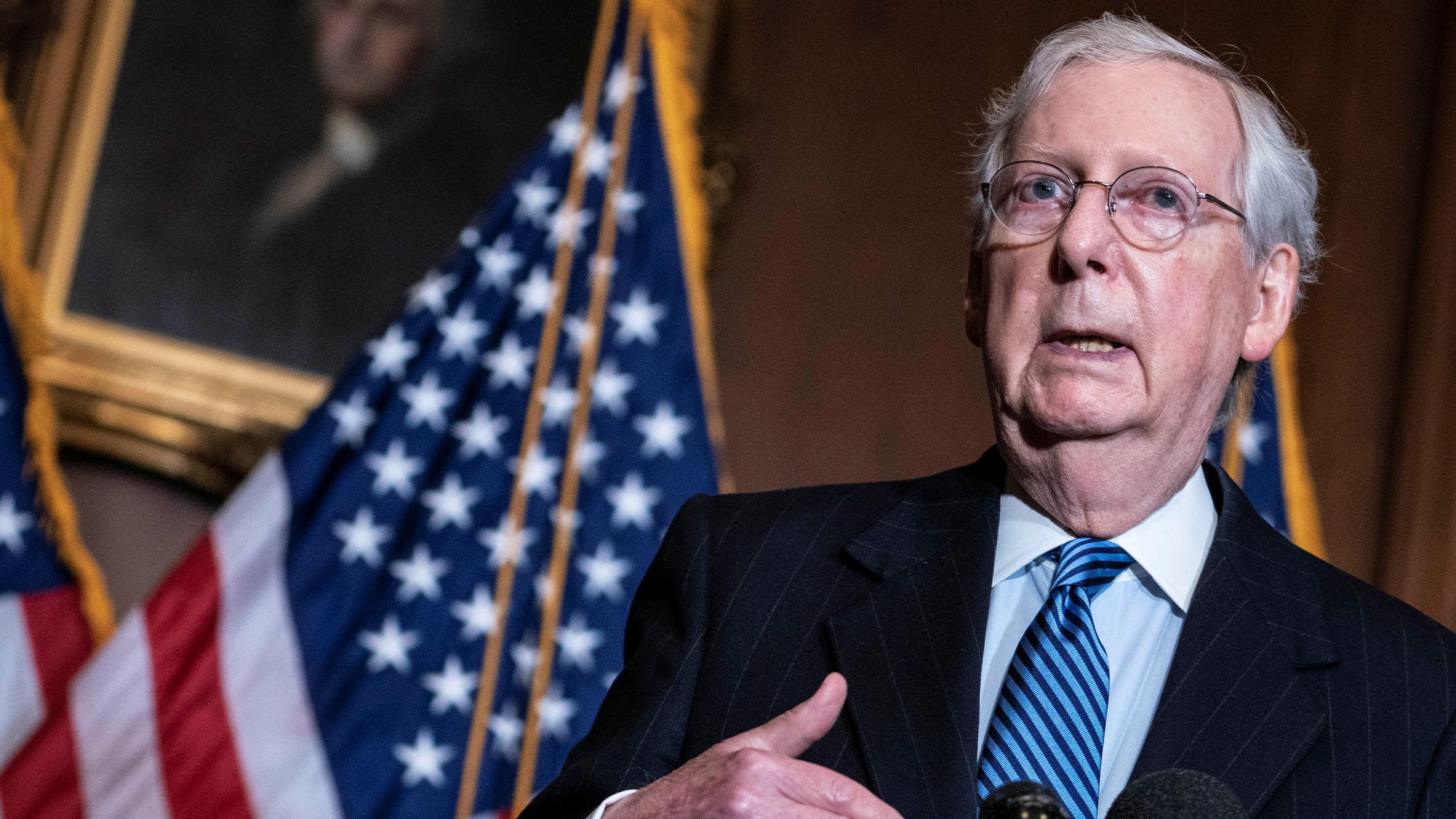 U.S. Senate Majority Leader Mitch McConnell has for the first time acknowledged Joe Biden as the winner of this year’s U.S. presidential election.  He congratulated president-elect Biden and vice-president-elect Kamala Harris on their electoral college victory.   0:53

A range of Republican officials — including Gov. Larry Hogan of Maryland; Rep. Liz Cheney of Wyoming, the third-ranking House Republican leader; and former House Speaker Paul Ryan — have criticized the efforts to overturn the election.

The U.S. Chamber of Commerce, the giant lobbying organization and virtual embodiment of the business establishment, said the electoral vote challenge “undermines our democracy and the rule of law and will only result in further division across our nation.”

“The 2020 election is over,” said a statement Sunday from a bipartisan group of 10 senators, including Republicans Susan Collins of Maine, Lisa Murkowski of Alaska, Bill Cassidy of Louisiana and Mitt Romney of Utah.

With mounting desperation, Trump declared at a campaign rally in Georgia on Monday that he would “fight like hell” to hold on to the presidency and he appealed to Republican lawmakers to reverse his election loss.

Trump’s attempt to enlist his allies to overturn Biden’s election win is unlike anything ever attempted in modern times, and it is all but certain to fail. Biden is set to be inaugurated Jan. 20.

Still, the days ahead will be defining for his presidency. Trump, who has refused to concede to Biden is whipping up crowds and people are gathering in Washington, where security is on alert. Lawmakers are being told to arrive early at the Capitol and some are considering sleeping overnight in their offices to ensure they can safely access the building.